After being the nation’s hottest housing market for over a year and a half, Seattle saw itself adjusting expectations after the last half of 2018 with less than expected gains. The market started to plateau, but Seattle’s median home value is still hovering at around $725K. At that price, our homes are still relatively expensive.

What happens in 2019 remains to be seen, but here are some of our predictions and things to watch for the Seattle real estate market this year.

Will the Market Stay Cool?

Starting in about July of 2018, buyers started to dry up and the multiple offer situations and price escalations realtors had become accustomed to went away. Updated homes and new construction homes were still selling, but that left realtors and sellers of older homes grappling with price drops. Some homes languished on the market for up to 90 days. By October, month’s supply of homes had shot up to 2.6 and 30 days on market was the new average—numbers Seattle hadn’t seen since 2014.

However, getting started in the new year, we’ve heard reports from agents that things are heating back up again. Buyers are heading back out and agents are reporting multiple offer scenarios again. It’s less pronounced than the 2017-2018 cycle though.

We haven’t seen exactly what spring of 2019 will bring yet, but the overall continued growth of the region could bring another powerful buying market. Home prices will continue to go up, but it won’t be as crazy as the last two years. Zillow predicts only modest price increases this year of a little over 1%.

Our Prediction: The market will go up a few percentage points in the spring, only to head back down later on in the year, leading to slight gains. Homeowners can still depend on rising equity.

Seattle has a strong economy with a 3% unemployment rate. Tech companies like Facebook, Google and Apple announced that they would continue expanding operations in 2019. Those companies are buying up large swaths of office space in the area. That’s on top of the already huge presence of companies like Amazon and Microsoft.

With continued hiring and the influx of people coming from other areas for jobs here, there will be increased demand for housing and stress on Seattle’s transportation systems. And those folks may initially rent when they move here—but eventually, they’ll buy if they can afford it. High-earning tech workers will continue to fuel the home buying and rental markets in the region, as well as continue our strong economic growth trends.

The new, cooler market doesn’t necessarily mean a boon for buyers. Despite the fact that buyers may face more choice and less competition when shopping for homes, rising mortgage interest rates could also cut into their buying power.

Mortgage interest rates are expected to go over 5% this year. That was predicted last year, but as the market cooled, so did the rise in interest rates. The Federal Reserve has promised two, if not three, increases over the course of the year. Political concerns come into play here, especially the trade war with China’s effect on the larger economy and threats of government shutdowns.

Buyers probably realize that it’s better to get out and buy a home at the beginning of the year before rates trickle up. A half percentage point increase in mortgage interest rates can increase the expense of a 30-year mortgage by tens of thousands of dollars over the life of the loan.

Interest rates will be rising above 5% and possibly climb to 5.5% by year’s end. If you’re looking to buy a home soon in the Seattle area, one of our agents at Urban Real Estate Partners can help you!

As you may know, about 75% of Seattle’s zoning is for single-family lots. That could change this year, as the Seattle City Council is currently considering legislation to upzone parts of 27 neighborhoods. The proposal includes significant zoning changes in Ballard, Fremont, Wallingford, Greenlake, Crown Hill, Aurora Ave N, and large swaths of South Seattle and West Seattle. [Click on the Seattle Times article above to see an interactive map of the changes.]

Still, the proposed changes would only affect about 6% of existing single-family lots. Most of the upzoning is planned in areas that are already “Urban Villages” or expanding main arterials.

There is a public meeting being held on the zoning changes at the end of February and the council could vote on it later in March. It’s pretty safe to say that at least some changes will take effect, meaning Seattle homeowners could find themselves with increased property values and the ability to redevelop their lots.

Related Article: The Pros and Cons of Upzoning in Seattle

Rezoning in these neighborhoods could increase affordability in three ways; it puts more houses in less space that are cheaper than single-family lots, it holds developers responsible for dedicating a portion of units to low-income families, and it expands the type of housing that can be built to suit more needs like duplexes, townhouses and rowhouses. This all has the potential to make starter homes more affordable for Seattleites and helps to accommodate the growing influx of people to our region.

If you have questions about how zoning might affect your property, we can help. Contact us today. 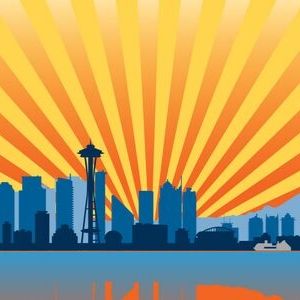 Article Name
Seattle Housing Market Predictions for 2019
Description
After being the nation’s hottest housing market for over a year and a half, Seattle saw itself adjusting expectations after the last half of 2018 with less than expected gains. Here are our predictions for 2019.
Author
Beachworks
Publisher Name
Beachworks LLC
Publisher Logo