What Are Urban Villages?

“Urban Villages” is a phrase that’s been tossed around by the city of Seattle planning officials and residents alike. It’s an increasingly common term which references the way our city is changing to meet the demands of heightened growth in recent years.

Urban Villages are self-sufficient neighborhood hubs designed to provide housing and employment near public transportation. They are a city’s solution to accommodating future growth and creating more sustainable neighborhoods. By providing housing, employment, services and transportation within neighborhoods, we can make neighborhoods more walkable and local residents don’t have to travel as far to meet their basic needs. You might recognize some of Seattle’s urban villages on streets with lots of medium density housing, shops and restaurants, grocery stores, major bus stops and pedestrian open spaces such as parks and activity areas.

Where Are They Located?

Seattle has 12 major urban villages. They are located in the following areas:

To see a map of the village boundaries, click here.

In 2017, the Housing Affordability and Living Agenda (HALA) rezoned six Urban Villages across Seattle to test out the program. The rezoning occurred in neighborhoods across U District, downtown Seattle, Chinatown International District, and in the Central Area. In these areas, developers are allowed to build more units and add more stories, allowing for a higher level of density in these areas.

To see all the areas expected to experience zoning changes, you can view the interactive map here. It breaks each neighborhood down by the level of displacement risk involved.

How Do They Affect Me?

As you hear about the proposed zoning changes in the news, you might be thinking, “How does all this affect me and my home?” To be fair, it’s a great point. The whole idea behind these rezones is to:

There are many concerns regarding the effects these changes will have on the single-family neighborhoods that are already there. First of all, many long-time (and even some short-time) Seattle residents have acknowledged our inefficient public transportation. We don’t have a sophisticated subway system like many large cities do. Plus, our expanded light rail is still years away from the completion.

This means driving is still the best way to get around the city—especially for those who don’t live in the immediate downtown Seattle area or other developed commercial area. People who need to drive have cars and cars need somewhere to park when they’re not in use. Therefore, parking (or lack thereof) is a major concern as developers build more homes and less parking to go with them.

Other concerns include the loss of natural habitat areas as well as changes in the general dynamic and character of each neighborhood.

On the other hand, these changes come with many benefits as well. For one, Urban Villages and Mandatory Housing Affordability are designed to create more—and cheaper—housing. For Millennials and people who don’t work in Seattle’s highly coveted tech-positions, this is crucial to maintaining a diverse city that’s friendly to more than just those making $200K+.

Related Article: The Pros and Cons of Upzoning in Seattle

Additionally, depending on where you live, these upzones have potential to increase property values as previously single-family-zoned properties are rezoned to multi-family ones. This provides current homeowners with the opportunity to make some cash and move on to the next stage of their life. We’ve had the opportunity to assist many homeowners with this transition, especially in the Shoreline area which is experiencing major zoning changes in the next few years.

If you’d like to find out how much your property could be worth to a real estate investor, request an offer from our team today. 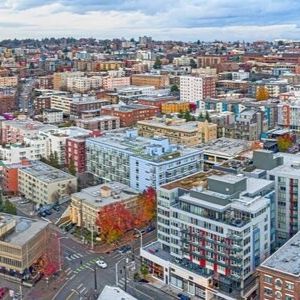 Article Name
The Ultimate Guide to Seattle's Urban Villages
Description
What is an "urban village?" Seattle's urban villages are like neighborhood hubs designed to bring jobs and amenities to local neighborhoods so people have to travel less far to meet their basic needs.