As home prices continue to rise in Seattle, affordable housing becomes a hot topic among transplants and long-time residents. The need to create housing for low-income families has reached a crucial point. Something must be done to increase the supply of affordable homes.

Boosting the supply of these homes starts with the one essential and often complicated task of reviewing zoning within different key neighborhoods in the city. That is why the city of Seattle is spending time examining today’s zoning rules and coming up with solutions to address the growing need for economical living.

As the city reviews these rules, how exactly does zoning affect affordable housing in Seattle?

1. It increases the supply of homes to meet rising demand

Seattle’s home prices continue to go up and up. In fact, the cost of a home is now 18% more than it was this time last year. One of the main reasons why the price of Seattle-area homes has increased so drastically is due to the lack of inventory currently on the market. There is also a low number of new construction homes hitting the market.

Currently, much of Seattle’s neighborhoods are zoned for single-family homes, making it difficult for developers to build high-density properties. Thus, the inventory isn’t growing at a rate that can keep up with the influx of people moving to the city. Rezoning these neighborhoods will allow for homes to go in that will fit four families on one lot rather than one, for example.

Seattle Bubble published a graph showing the comparison of housing inventory from year over year since 2000. The graph displays one of the primary reasons why home values have increased over the years: an embarrassing lack of inventory of homes. 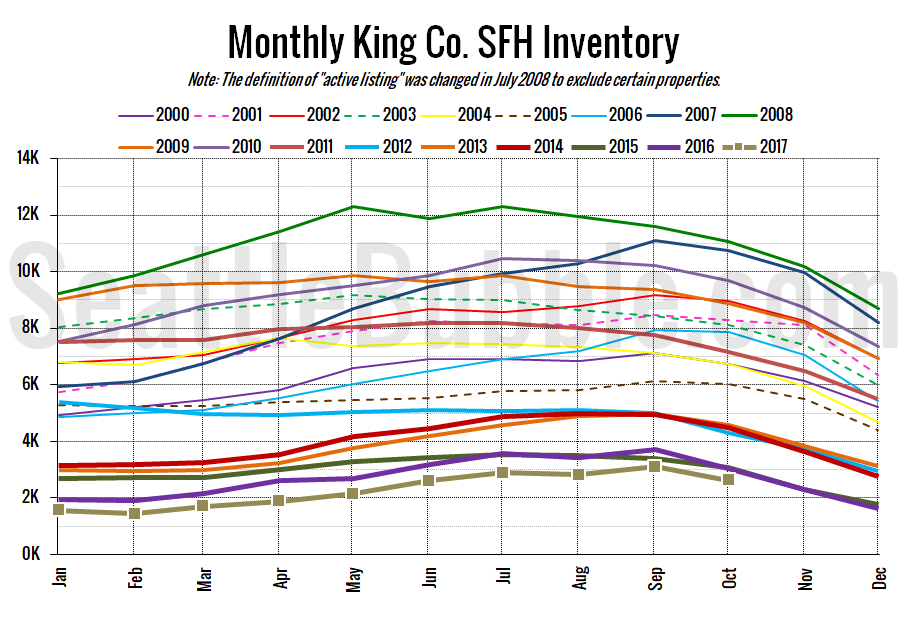 Many current Seattle residents argue that multifamily units such as townhomes, rowhouses, and condos eliminate the character and historic nature of their neighborhood. However, the mass proliferation of single-family lots in Seattle is causing those property values to skyrocket. If people can’t afford a million dollar home, they will be priced out of those neighborhoods. And, the increased property taxes put a strain on long-time residents who are trying to stay in their neighborhoods with only a modest income.

In order to keep the integrity of the neighborhood intact as much as possible throughout the process, it’s crucial to encourage local developers to take over. This way, you know they’ll take care to preserve the nature of the city because it’s our city as well.

Just recently, the city of Seattle announced a citywide rezone plan to allow for more affordable housing within the city. According to Curbed Seattle, “the new plan seeks to harness growth in what they’ve dubbed ‘urban villages’—neighborhood hubs that provide both housing and employment, the majority of them near transit.”

In summary, this particular rezone requires more affordable units to be built with stricter development standards, a focus on lowering displacement risk, and an increase in urban villages which also assists with transit concerns.

3. It allows for more Accessory Dwelling Units (ADUs) for renting

Another type of zoning would allow for additional Accessory Dwelling Units (ADUs) to be built on existing single-family properties. In theory, this would allow properties to make the highest and best use of their land to rent out mother-in-law apartments or backyard cottages. Not only would this increase the density of the lot, but it could also create a secondary income for those who take advantage of the program.

Seattle is currently in the process of reviewing ADU rule changes which would include “allowing two ADUs on one lot, removing the existing off-street parking and owner-occupancy requirements, and changing some development standards that regulate the size and location of detached ADUs” (Source).

While these changes could address some of the density issues the city is facing, it doesn’t yet address another crucial concern of local Seattle residents: the lack of parking. The ADU rule changes as they stand today would eliminate the requirement to provide off-street parking, potentially clogging up already congested streets. On the other hand, this may not cause a problem if ADUs are close to public transportation and transit is easily accessible.

Dive Deeper: Read a case study on ADUs’ effect on housing affordability from the Office of Policy Development and Research (PD&R) U.S. Department of Housing and Urban Development here. 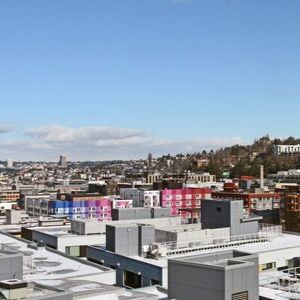 Article Name
3 Ways Rezoning Boosts Affordable Housing in Seattle
Description
Boosting the supply of homes starts with the essential and often complicated task of reviewing zoning within different key neighborhoods in the city. Here's a look at some of the solutions proposed to increase housing affordability in Seattle.
Author
Beachworks
Publisher Name
Beachworks LLC
Publisher Logo