Seattle Zoning Changes to Expect in 2018

Because Seattle is experiencing so much growth in such a small period of time, the city is scrambling to come up with solutions to increase both density and housing affordability. Many of these solutions require Seattle zoning changes that range from minor to neighborhood and city-wide alterations to the way our city is currently zoned.

These conversations and proposals will take time and energy before they are executed. Yet, if implemented correctly, they could be the answer to a major problem the city is facing. Whether you’re currently living on a property being rezoned or you’re about to move to one, here are the proposed Seattle zoning changes to expect in 2018.

A recent statement by the City Council has revealed the recent updates to proposed zoning changes which are currently open to public input through summer 2018. This package not only increases housing density in neighborhood communities and near transit centers throughout the city but also proposes a new zoning type.

The proposed Residential Small Lot zone is designed to replace about six per-cent of currently single-family zoned properties throughout the city. The zone will permit three units per lot instead of one. This allows the gentle increase of density on these lots without drastically changing the properties and the neighborhoods that hold them.

Imagine this: You’re looking for an apartment in the Seattle area for you, your spouse, and your two young children. You’re not quite yet ready to buy a home, but you still need a place to live within a decent commute of the office. You log in to your favorite apartment hunting site and look. After a few searches, you realize the only options are studios and one-bedroom apartments.

Those looking to rent an apartment are having a difficult time finding anything which allows for more than one or two residents in current multi-family zoning. In fact, a study by Curbed Seattle found that over 50% of new apartments constructed between 2012 and mid-2017 have been studios and one-bedrooms, with less than 2% being three-bedrooms. Additionally, according to Next City, “as of 2009, just 1 percent of market-rate, three-bedroom apartments in Seattle were affordable to low-income families” (Source).

Because of this discrepancy, we might be looking at zoning changes to allow for more family-sized apartments in various Seattle-area neighborhoods. Not only will this provide more options for families, but also improve housing affordability in a city becoming known for its unaffordable housing.

Seattle is currently in the process of reviewing ADU rule changes which would include “allowing two ADUs on one lot, removing the existing off-street parking and owner-occupancy requirements, and changing some development standards that regulate the size and location of detached ADUs.” (Source)

This is one potential solution that wouldn’t necessarily entail the elimination of single-family zoning in Seattle. Instead, it would work on loosening the regulations on ADUs and DADUs to allow for more flexibility for those who wanted to capitalize on the potential of their single-family property.

While these changes could address some of the density issues the city is facing, it doesn’t yet address another concern of local Seattle residents: the lack of parking. The ADU rule changes as they stand today would eliminate the requirement to provide off-street parking, potentially clogging up our already congested streets. On the other hand, this may not cause a problem if ADUs are close to public transportation and transit is easily accessible.

One suggestion from Smart Growth Seattle concludes that, City Council should not only incentivize more ADU’s and DADU’s for single-family homeowners and allow both DADU’s and ADU’s on the same lot but also “lessen or even eliminate the criteria for on-site parking and raise the height limit to allow a full two stories on DADU’s.”

Anyone who’s lived in Seattle for a period of time will no doubt notice the apparent lack of racial diversity in many of the city’s neighborhoods. Because of Seattle’s history of segregation, there is a clear and distinct color line between each community – even 50 years after the Fair Housing Act was passed.

A recent article in The Seattle Times discusses whether Seattle can erase these lines with zoning changes in each neighborhood, using Crown Hill as a prime example. Proposed changes by the city outline rezoning much of its current single-family zones. These changes are designed to include more room for LR1, LR2, and LR3 as well as the newly proposed Residential Small Lot zone.

The idea, as part of the Housing Affordability and Livability Agenda (HALA), is partially designed to encourage more racial diversity in this neighborhood and others like it, if successful. This is because research has found a connection that might be crucial to addressing this need. According to Jason Kelly, a spokesman for the planning department via The Seattle Times, “The city found a correlation between new multifamily housing and an increase in low-income residents in neighborhood.”

Disclaimer: None of these zoning changes are known for sure to take place in 2018 or any year after that, for that matter. These are simply speculations based on topics being discussed in the zoning ring and are subject to change and be updated as time allows. 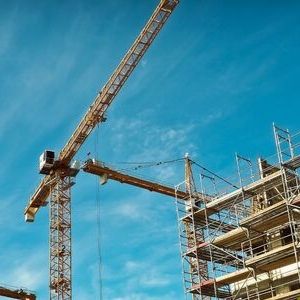 Article Name
Seattle Zoning Changes to Expect in 2018
Description
Because Seattle is experiencing so much growth in such a small period of time, the city is scrambling to come up with solutions to increase both density and housing affordability. These solutions range from minor to city-wide alterations to the zoning code.
Author
Beachworks
Publisher Name
Beachworks LLC
Publisher Logo