Here’s What Seattle’s New Waterfront Will Look Like [PHOTOS]

The beginning of 2019 marked a major change for Seattle transportation. The Viaduct—otherwise known as Seattle’s Highway 99 that ran along Seattle’s downtown waterfront—is finally closed and the underground tunnel that’s replacing it is open to traffic. Seattleites can finally breathe easy.

Now the work has begun to dismantle the elevated highway, but what’s happening to Seattle’s new waterfront in the next several years? Here’s a look at some of the bold new projects that will transform the waterfront from Belltown to Pioneer Square.

The current 4-lane route along the waterfront via Alaskan Way will be replaced with a surface street going in both directions. The new surface street highway will be 8 or 9 lanes wide, but that will be reduced after Light Rail expands to West Seattle in 2033.

The new surface streets will have so many lanes to accommodate ferry and bus traffic. The plan also includes protected bike lanes and sidewalks, along with a promenade on the waterfront side. Improvements in general to streetscapes along and connecting to the waterfront will make them more efficient and pedestrian-friendly. 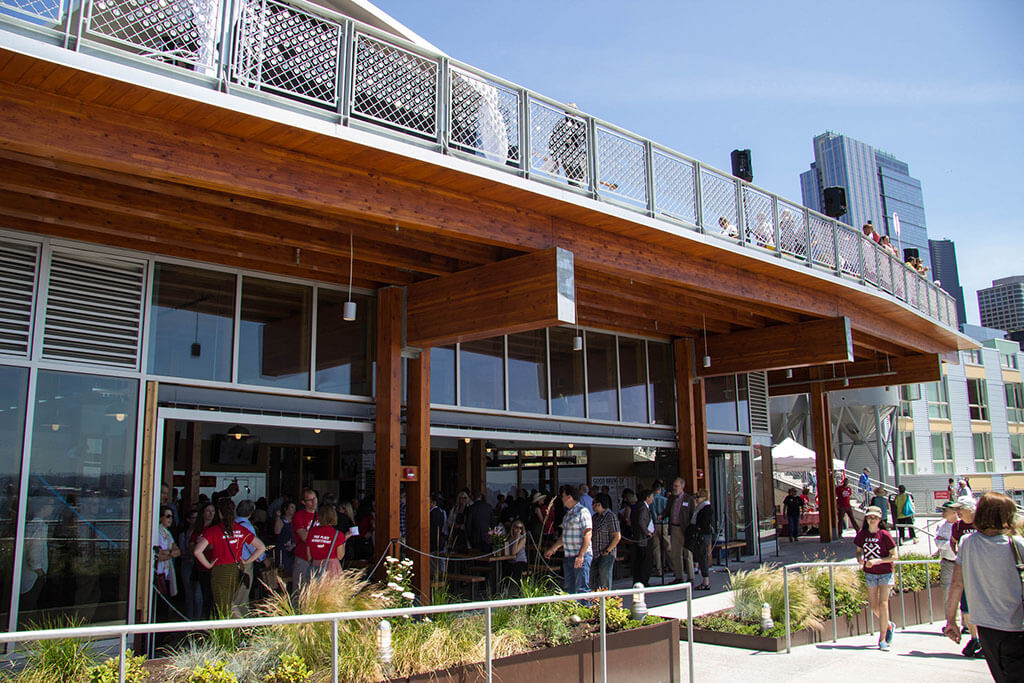 Part of the initial waterfront transformation plans included significant changes to the back side of Pike Place Market. The grand opening of the $74 million Pike Place Marketfront already happened in June 2017. It included 30,000 feet of open public space including a plaza and view deck overlooking Elliot Bay. There were also 47 new stalls opened up to market vendors, and 12,000 square feet of commercial and retail space. 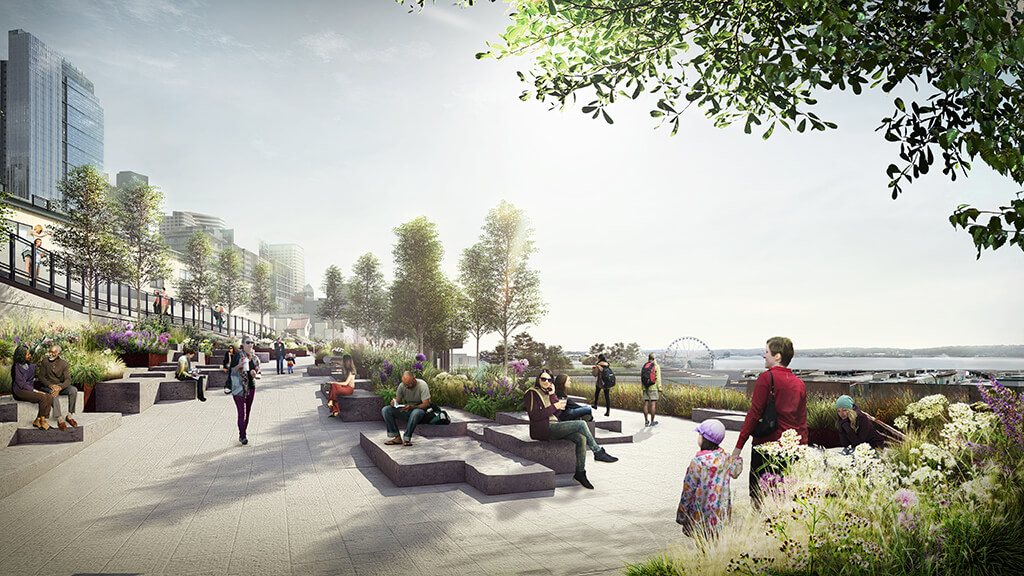 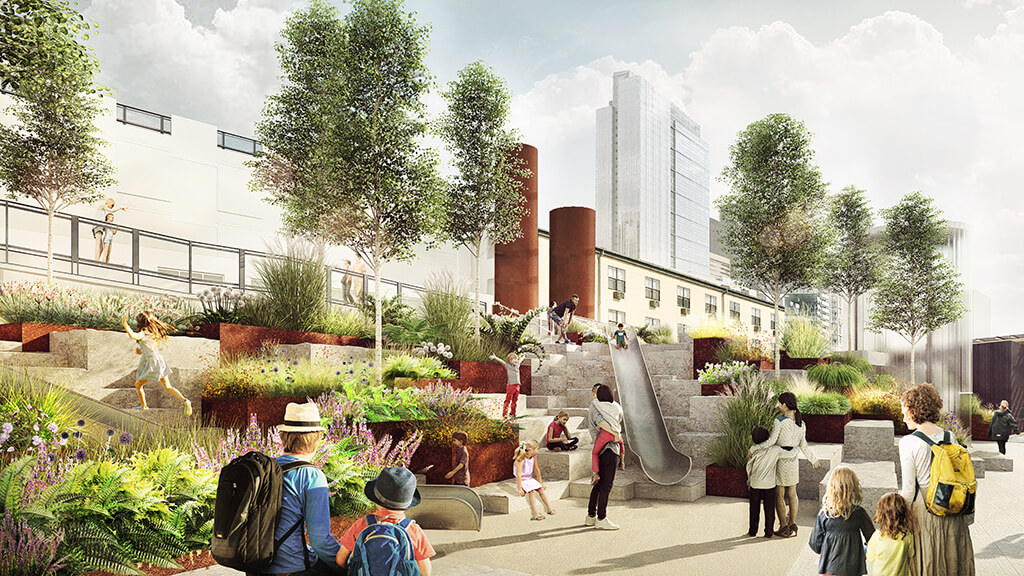 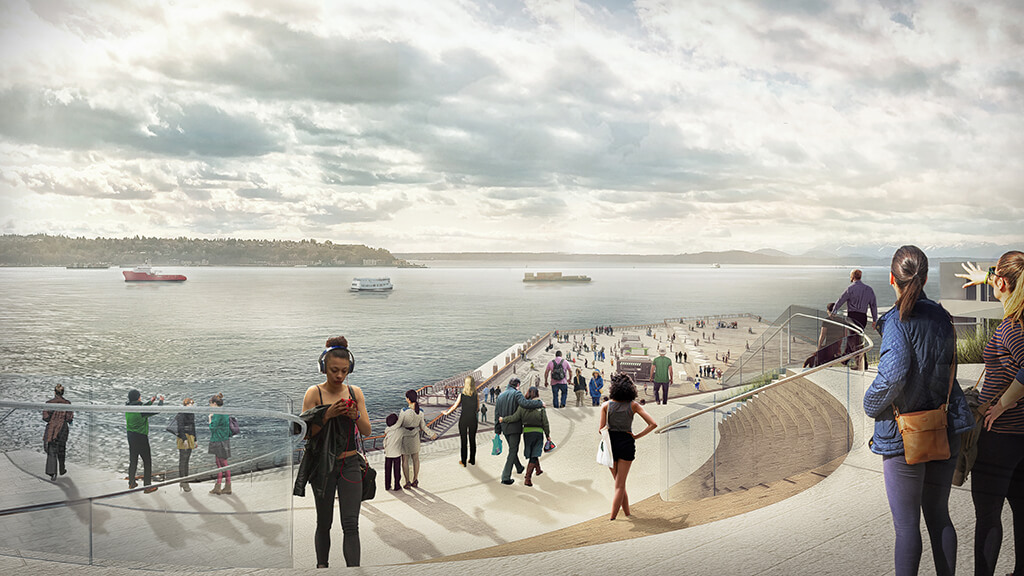 The overlook walk will connect to the newly rebuilt Pier 62 floating dock, which will continue to be used to host concerts and other public events. 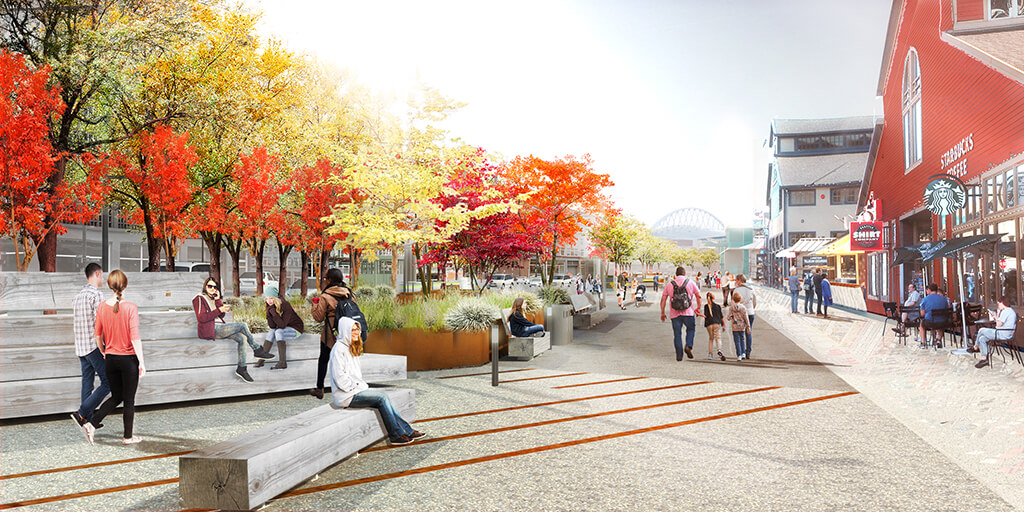 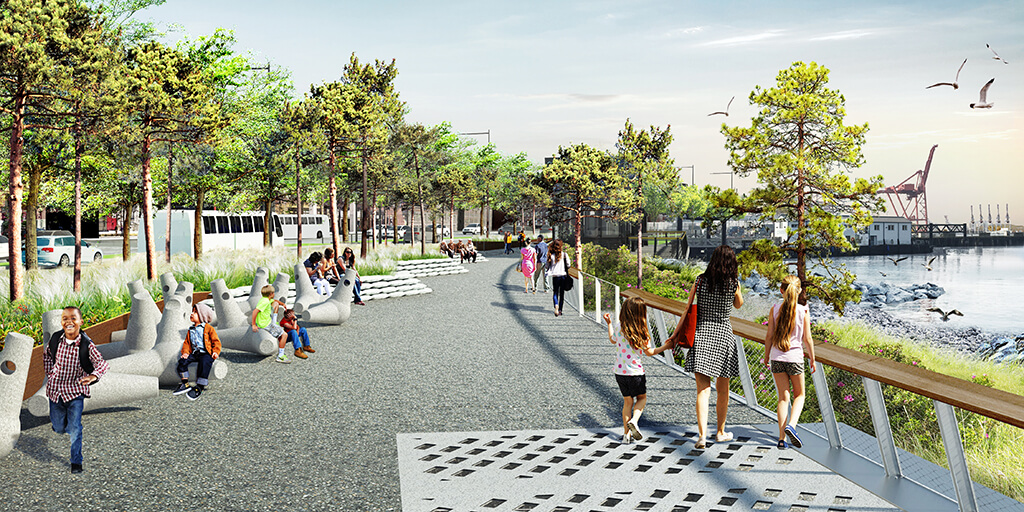 A pedestrian-friendly promenade will be created at Alaskan Way and S. Dearborn Street and stretch along the waterfront all the way up to Pine Street Overlook Walk Park. The expanded open space near the stadiums will connect the waterfront to sports activities and events at WaMu theatre.

The new promenade will be a great space for activities like walking, jogging, dog-walking, and roller-blading, among other things. Local visitors to the promenade will be able to enjoy perusing art galleries and taking in the view at lookout parks.

The expansion of the Marion Street bridge is a much-needed facelift. The current bridge goes under the Alaskan Way Viaduct and is a small, enclosed area littered with graffiti. The removal of the Viaduct will open up an opportunity to clean up and expand this bridge.

The new bridge that is planned will be wider and better accommodate the flow of passengers to and from downtown Seattle to the ferry terminal.

The Coleman Dock ferry terminal provides ferry service to Bremerton and Bainbridge Island. It is a key connection for people coming to and from those places every day for jobs and events in the Seattle area. The terminal is expected to get a major upgrade. The current terminal is aging and dated, and some portions of it are vulnerable to earthquakes.

Some key objectives of the Coleman Dock reconstruction are to replace the timber trestles with new concrete and steel trestles, and to replace the main terminal building and passenger only buildings with new modern facilities. Construction of the dock is now underway and the north terminal is closed, but the terminal remains open for business throughout construction.

Check out design images of the Coleman Dock terminal at WSDOT’s Flickr. 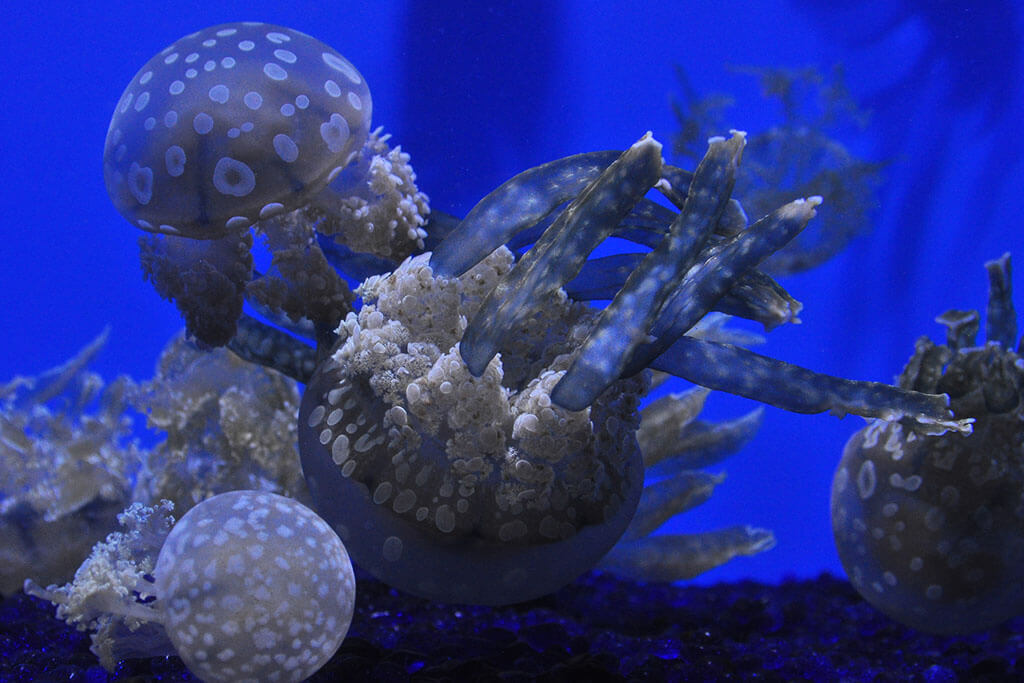 Adjacent to the Overlook Walk Park, there will be a new facility created by the Seattle Aquarium. The Aquarium Ocean Pavillion. The new building will have “48,000 gross square feet of public aquarium exhibits and associated support space” and aims to become an educational portal on issues of conservation and threats to oceans and marine life.

Estimated opening: 2024 or beyond

These are just a few of the projects taking place on the Seattle waterfront. Take a look at all the changes happening at WaterfrontSeattle.org.