After about a year and a half of cooling off, low inventory is heating the Seattle housing market back up. Properties have been going pending faster, agents have seen more bidding wars, and new listings are lower compared to the same time last year. All this points to a stronger housing market in 2020 and a very strong Spring selling market, especially for single-family homes.

The chart below shows a declining number of total homes for sale in January 2020 in Seattle. (Based on NWMLS’ InfoSparks data for residential and condominiums only.)

“The housing market is coming out strong in 2020, showing all the signs of a seller’s market,” says real estate agent Brittany Jesus. “Buyer activity in January was surprisingly similar to that of a spring market, with strong showing activity and numerous multiple-offer scenarios. A combination of a steady local job market and low interest rates lend themselves to a large buyer pool. Combine that buyer pool with low inventory across the board, and I believe we will see buyer’s competing for homes this year.”

Wallick and Volk mortgage lender Jeff McGinnis agrees, saying, “Inventory continues to be low in the greater Seattle area.  This may make it a little rough on buyers with regards to competing offers. Many of the top agents in town are seeing more “offer review” dates, indicating the properties expect multiple offers. The hope is more inventory will come on in Spring 2020 and allow more buyers to take advantage of the low interest rate environment.”

Zillow has also increased its forecast to a more positive outlook in 2020. After prices declined 2.3% in 2019, Zillow predicts that Seattle home prices will increase 4.2% in the coming year (according to its forecast chart on February 19, 2020.)

Related Article: When Is The Best Time to Sell Your House in Seattle?

In 2019, it was largely predicted that mortgage interest rates would rise above 5%, so agents and lenders were urging buyers to get into properties at the beginning of the year. Those predictions ended up mostly unfounded however, and by August, rates had actually dropped and were hovering around 3.85%. The Federal Reserve lowered interest rates three times last year as well, as uncertainty about the economy and Trump’s trade war with China bubbled to the surface.

The current 30-year mortgage interest rate is steady right around 4% and has been since September 2019. According to NerdWallet, interest rates should continue to stay stable through 2020 and have a tendency to fluctuate based on good or bad economic news. Depending on how things turn out in the presidential election in November, that could have a bigger impact on mortgage rates.

Related Article: What Is an Instant Offer on Your House and How Does It Work?

The Bureau of Labor Statistics reported in December 2019 that the Seattle/Bellevue/Everett area has an incredibly low unemployment rate at 2.2%. LinkedIn’s monthly hiring report showed that hiring was higher in the past year compared to 2018. Workers continue to stream in from the more expensive cities like San Francisco, New York City and Chicago.

As the job market continues to be strong, the influx of new people keeps housing prices stable and supported. Our recent article also reported the Seattle growth outlook is positive for 2020, especially in the commercial/office space sector. A recent report from the Seattle Times said that Amazon had a record-high 37,000 jobs listed at the beginning of February. Additionally, Amazon has also said they will expand 15,000 jobs to Bellevue, WA – all which will contribute to the growth of the region.

Last year, the Seattle City Council approved a plan to rezone 27 neighborhoods around Seattle as part of its Mandatory Housing Affordability (MHA) legislation. This bill allowed upzoning in residential areas around urban villages. The idea behind this legislation was to increase the density around areas that already have access to neighborhood amenities like grocery stores, transportation and local jobs.

In the future, this idea might expand beyond urban village boundary lines. Seattle’s population is getting close to 750,000 residents. In January, the Seattle Planning Commission released the 2020 Growth Strategy Outline, pointing out that, “Between 2006 and 2017, Urban Villages have accommodated 28,240 of the 35,300 new housing units—80% of the city’s recent housing growth.” Restricting all the growth to urban villages means those small areas take on all the risks and negative impacts of so much growth in a concentrated area.

More sweeping changes are being considered by the state legislature to change zoning in cities larger than 15,000. Modeled after cities like Minneapolis and states like Oregon that banned single-family zoning, a new bill would allow duplexes, triplexes and apartment buildings in areas currently zoned for single-family. How much traction that bill gets remains to be seen, as it is only in the beginning phases of introduction.

Restrictions and regulations around Accessory Dwelling Units (ADUs) – also known as mother-in-law apartments or backyard cottages – were also loosened last year to help increase the production of ADUs and DADUs. Small mother-in-law attached units and backyard cottages could provide more affordable housing in an easier and faster way than tearing old houses down and building new ones. Currently, many Seattle properties may have lot sizes big enough to add up to 1,000 square foot DADUs in the backyard. 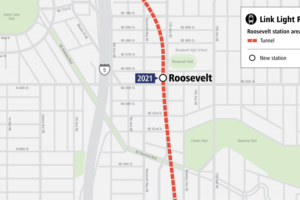 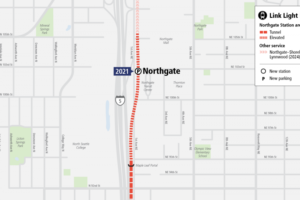 Properties have been getting redeveloped fast around the future U-District, Roosevelt and Northgate light rail stations. Many new apartments, retail outlets and townhomes are coming to these areas. Three new stations are slated to open in 2021, getting passengers from Northgate to Downtown in just 14 minutes—a game changer by any standards.

Northgate is expected to have an ongoing transformation over the next few years, as it revamps its mall and three new NHL training stations are constructed there. Housing and apartments that are close to the light rail stations tend to have an increased value as people seek convenience and more efficient ways to get around town.

Further north in Shoreline, the anticipation of two new light rail stations on 145th and 185th has driven the sale of houses. Some houses are currently listed around those areas for between $850,000 to $1,000,000+. Shoreline will see significant transformation as a once mainly single-family residential area turns into a transportation hot-spot.

The current low inventory of homes in the Seattle area combined with low mortgage rates, transit expansions, and the robust economy will continue to keep housing prices stable or trending in a positive direction. The probability of a recession also remains low despite warning signals given off last year. Even though some economists are predicting the economy to enter a recession in the next two years, the housing market probably won’t play as big of a role. The economic conditions are simply different than they were in 2008, especially in regards to borrowers. Barring a political crisis or extreme jump in mortgage rates, the housing market should remain fairly stable and healthy.

Related Article: How Today’s Housing Market Differs From the One That Crashed in 2008

What predictions do you have for the 2020 housing market? Leave your thoughts in the comments below. 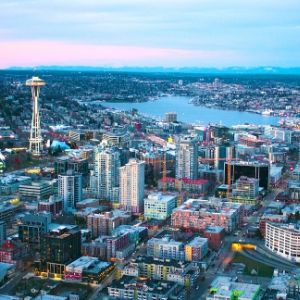 Article Name
Seattle Housing Market Predictions for 2020
Description
After about a year and a half of cooling off, low inventory is heating the Seattle housing market back up. Properties have been going pending faster, agents have seen more bidding wars, and new listings...