If you’ve turned on the news lately, you’ve likely heard doom and gloom stories about the economy. Experts and economists are predicting a recession could begin as early as next year. Locally, newscasters in Seattle have been talking about the slowing housing market, and there are often (overhyped) fears of the market collapsing. Last month, the Seattle Times ran a story about how sales were slowing for pricey homes. Much of this fear is driven by nearly a decade of high growth within the broader economy and the local Seattle housing market.

The reality is that many of these doom and gloom forecasts are not entirely true. Overall, the economic outlook for the Seattle area remains strong. While home prices may not be able to keep the same frenzied upswing as the previous years, there is not a lot of evidence to suggest that home prices will crash significantly. If anything, given the robust job market, the area will continue to see stability in prices throughout the coming year.

To understand the current market and why the forecasts of impending gloom are biased, let’s analyze the Seattle housing market and the broader Washington State economy.

Related Article: How Coronavirus is Affecting Seattle and the Housing Market

Within the Seattle area, home prices and inventory have been fluctuating quite a bit. In October of this year, home prices rose faster than they have for a year—at 3.3% from a year ago. The median price for a Seattle property is now $775,000, which is over two times what the median price was at the start of the decade in 2010. This October increase is partly due to tightening inventory. King County had 25.7% fewer homes on the market. However, having fewer homes on the market is to be expected, considering that we are heading into the slower winter months of the real estate cycle.

After years of explosive growth, Zillow is predicting a 0.9% decrease in home prices within the next 12 months. This decrease by no means negates the years of growth that occurred before 2019.

While these fluctuations and mostly flat predictions might seem like bad news for the Seattle housing market, they’re positive indicators. Home prices have doubled over the past decade. Those gains are holding. There are no data-based predictions of a crash in housing like we saw in 2008. There’s no evidence of a glut of homes and corresponding pressure on sellers to unload their properties at rock-bottom prices. Instead, quite the opposite. What we’re seeing is that these historically sky-high prices are staying mostly firm.

Related Article: How Today’s Housing Market Differs from the One That Crashed in 2008

The Job Market Is Robust

Part of the reason for Seattle’s incredible growth is the robust job market. Amazon, in particular, has seen explosive growth both in terms of employee headcount and market cap. According to LinkedIn’s monthly Seattle jobs report, hiring was .4% higher in October 2019 versus October 2018.

Of course, Amazon is not the only tech company expanding in Seattle. Microsoft, Google, Facebook, Adobe, and other big tech titans all have a presence in the greater Seattle area now. Developers can choose whether they want to work in Silicon Valley or here. Since the Bay Area is even worse for housing costs, many of these well-paid, educated workers are choosing Seattle. Our city continues to get a lot of net migration from California and New York City.

This expected expansion bodes well for home prices in the Seattle area. If SoDo and Pioneer Square receive more offices (and more well-paid jobs), then it would follow that those new workers will want to live somewhere close. They will likely choose homes and condos within the Seattle region, which will, in turn, march home prices back upwards.

One significant source of downward pressure on property prices in 2008 was the foreclosure market. In 2008, the number of REO properties meant that banks were selling them at steep discounts. These sales compete with regular sellers. With so many homes on the market at once, prices were sure to come down.

It’s no surprise then that foreclosure rates in the Seattle area are lower than the rest of the U.S. as a whole. With fewer REO properties available in the market, most sales come from conventional sellers motivated to sell their homes for top dollar. And with a very high median income, buyers are in a good position to buy those homes.

Related Article: When Is the Best Time to Sell Your House in Seattle?

Investing in Seattle Is Still A Wise Investment

Despite some of the reports, real estate in the Seattle area is still a wise investment. The market shows signs of stabilization. Even though sites like Zillow predict a slight decrease in property prices, the median sales price is still expected to remain high.

Additionally, there is strong evidence that the economy in Seattle will continue to do exceptionally well. Tech shows no signs of slowing down. The jobs that are coming into the Seattle area have very high total compensation. This relatively wealthy workforce will be looking for places to live, and they will have the financial means to support these home prices. As more people move into the region, the constricted supply should cause home prices to remain reasonably stable if not go up.

Buying a Seattle property might seem daunting because it’s so much more expensive than the rest of the country, but in reality, it’s a fantastic investment. The growth outlook for the Seattle economy remains positive for 2020.

Sell Your Seattle Area House. Get a COMPLIMENTARY Property Analysis: 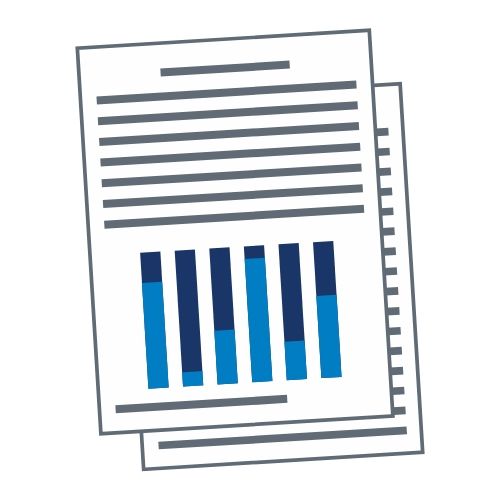 Article Name
Seattle Growth Outlook Remains Positive for 2020
Description
Despite talks of a recession in 2020, Seattle may be insulated by its robust economy in Seattle and Washington State as a whole.
Author
Beachworks
Publisher Name
Beachworks LLC
Publisher Logo