How to Protect Your Home From Natural Disasters in Washington

Earthquakes, tsunamis, volcanoes, and landslides. These are a few of the primary natural disasters that could have a life-threatening effect on Washington residents, particularly those that live in the greater Seattle area.

Although not common, Seattle is subject to some of the most lethal natural disasters that Mother Nature lets loose. With five active volcanoes surrounding us, the Pacific Ocean to the west, and some of the largest fault lines underneath us, there’s no doubting the danger that could be right at our front door in a matter of seconds.

You already know that a normal day in Seattle is gloomy, cloudy, and a bit wet. However, even with all of our cloudy days, Seattleites know our climate is moderate. Storm chasers aren’t exactly rushing to get here to follow tornadoes and the next “big one” to catch on tape.

The problem we face isn’t the quantity of disaster, but instead the quality of them—as any of these looming dangers could easily and instantly destroy the region we all know and love.

With dramatics aside, it’s a good idea to prepare your home and your family for the worst, just in case. Whether you live at the bottom of a hill subject to landslides, in a flood zone, or on the west side of Interstate 5, it’s important to understand the potential dangers you face and what you can do to protect your home from them (to the best of your ability).

Ask anyone which natural disaster is the most threatening to the Puget Sound and they are likely to tell you “earthquake.” They aren’t wrong. The greater Seattle area sits on or near several fault lines including the Seattle Fault, the Tacoma Fault, and the most frightening: the Cascadia subduction zone.

You may have heard heightened fears over earthquakes more recently, especially those relating to “the big one.” That’s because studies (as discussed in The New Yorker) have found that the Cascadia subduction zone is decades overdue, and when it does strike, it could be the end of Seattle as we know it.

How to Protect Your Home from Earthquakes

Earthquakes are one of the scariest natural disasters to many because there’s no way to accurately predict them. At any moment, the ground might begin shaking and no one will know whether it will end in ten seconds or two minutes.

Although newer buildings have modern building codes protecting against earthquakes, many of Seattle’s older masonry buildings are unreinforced and extremely vulnerable to collapse in a major earthquake.

Fortunately, there are ways to reinforce your home and elements inside it to better withstand an earthquake.

To protect yourself, prepare a disaster kit and ensure your important documents are stored in a waterproof container that is easy to take with you, in case of evacuation. The best thing to do is to be prepared, stay alert, and tune in to any warnings and evacuations issued to your region.

Although it seems unlikely due to our in-land location, tsunamis are certainly a threat to Seattle, especially if and when the big one does hit. Tsunamis will generally take place after a major earthquake in the Pacific Northwest, and evacuation time may only be a few minutes before it strikes. In rare cases, a tsunami may be triggered by an earthquake elsewhere, sent to the Pacific Northwest from beyond.

How to Protect Your Home from Tsunamis

Because of their size and force, protecting your home against a tsunami is all-but-impossible, depending on where your home is located. If a tsunami warning is announced, the best and only thing to do is protect yourself and your family.

The best thing to do is prepare a disaster kit and ensure your important documents are stored in a waterproof container that is easy to take with you in case of evacuation. Tsunamis may occur minutes after a major earthquake. Be prepared, stay alert, and tune in to any warnings and evacuations issued to your region.

Fortunately, tsunamis in the Puget Sound are extremely rare; however, they can happen. Being prepared and understanding evacuation routes may be the difference between life and death.

For a list of all relevant resources available for Western Washington residents, visit Washington Emergency Management Division’s page for tsunamis.

You’re standing in line at the grocery store, waiting to check out. Outside, the sky is blue and the sun is shining on the often shadowy city below. The cashier, who hasn’t been outside since before sunrise, asks, “Is the weather good today?” If you’re a Seattleite, you may promptly respond with, “The mountain is out.” In other words: it’s a good day.

The “mountain” everyone refers to is actually a large volcano situated right outside of Seattle and Tacoma; Mount Rainier. This volcano is one of the most destructive volcanoes in the United States and is reported to have had four eruptions in the last 4,000 years. It’s joined by four other volcanoes in the Cascade Range—Mount Baker, Glacier Peak, Mount St. Helens, and Mount Adams—surrounding the Puget Sound area.

How to Protect Your Home from a Volcano Eruption

The biggest hazards we face from volcano eruptions (between 10-50 miles away) include anything from pyroclastic flows (avalanches of ash and rock), lava flows, landslides, lahars (mudflows of ash and debris), and falling volcanic ash. Because these hazards vary based on location and can be extremely severe in many cases, there aren’t many general guidelines for protecting your home from them.

The best thing is to prepare a disaster kit and ensure your important documents are stored in a waterproof container that is easy to take with you in case of evacuation. Volcano eruptions will also often be accompanied by earthquakes, so those tips may apply in this scenario as well. Be prepared, stay alert, and tune in to any warnings and evacuations issued to your region.

What do you get when you mix a wet climate with shaking? Landslides. Although hills shaken up by earthquakes can cause landslides, they can also occur at any time, usually due to ground failures and simply the pull of gravity. Although not often as awe-striking as volcanoes or tsunamis, landslides can cause major damage to homes, businesses, transportation, and more.

How to Protect Your Home from Landslides

Fortunately, most landslides that happen cause only minor damage to buildings and homes. However, with more homes being built on and at the bottom of hills and slopes, landslide hazards are ever-increasing.

If you are located in a landslide-prone area, there are steps you can take to minimize damage to your home. These include:

In extreme cases, there may be nothing you can do to stop a landslide from causing major damage to your home. In these rare situations, the most important thing is to get yourself (and your family) out as quick as possible.

Although earthquakes are one of the most feared hazards in Western Washington, floods are the most common, with damage exceeding that of any other damage by a natural disaster.

According to the Washington Emergency Management Division, flooding in Washington State is typically caused by heavy rainfall on frozen ground in the fall and early winter, rainfall combined with snow melts, and thunderstorms in Western Washington causing flash flooding.

How to Protect Your Home from Floods

According to information from Washington EMD, the first step is to be alert. Purchase a NOAA Weather Radio and program it. Then, educate yourself on the terms. When severe weather is likely, the radio will announce one of two terms: flood watch and flood warning. If there’s a flood watch, it’s important to be prepared up to 12-48 hours ahead. A flood warning means a flood is likely and on its way within the next few (usually 12) hours, so you can make a decision about how best to protect yourself and your home.

Protect your property by:

Before a flood watch happens, make sure you’re prepared for a flood by reviewing your flood insurance policy with an insurance agent. You may also want to prepare a three-day disaster kit and put your important documents in a disaster file (a waterproof container that is easy to take with you if you evacuate).

For more information on preparing for a flood, watch the video provided by Washington EMD below.

Thinking about moving somewhere else or ready to cash out on your home now? Talk to us. We’re a local family-owned real estate investment company committed to helping you sell your home in a way that works best for you. Start today by requesting an all-cash offer. 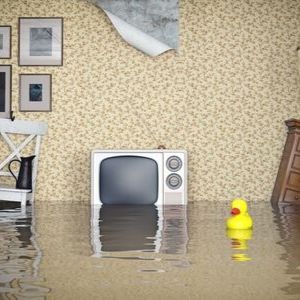 Article Name
How to Protect Your Home From Natural Disasters in Washington
Description
From earthquakes to volcanoes to floods, the Seattle area is prone to a variety of natural disasters. Even though our weather tends to be on the more moderate side, here's how to protect and prepare yourself when disaster strikes.
Author
Beachworks
Publisher Name
Beachworks LLC
Publisher Logo