What Seattle’s Hot Housing Market Means for Homeowners in 2018

Unless you have lived under a rock for the last few years, you know how hot Seattle’s housing market is. If you live here, you know why. The market is growing, and the growth doesn’t seem to be stopping.

We all have some idea of the struggles home buyers are going through to find a place to live; waiving everything, bidding up 10-15% over asking price and writing the perfect seller letter. One thing is being left out though… Homeowners who alread live here.

Those who have been here since before the housing market crash have seen the immense change in our Puget Sound city. For those who are trying to understand what all this change means for them, here are a few ways Seattle homeowners are being impacted by our hot housing market.

In 2017, the housing market in the greater Seattle area saw a 20.1% drop in homes available on the market. Yet, even when people aren’t as keen to sell their homes, people are still moving to the area and looking for somewhere to live. This demand has resulted in a 12.5% increase in median home value between December 2016 and December 2017—one of the highest in the nation.

Moving forward, the U.S. housing market is expected to increase another 4.1% in the next year. This is slower than last year’s 7.9% growth but means Seattle’s homes will continue to increase in cost over time.

For homeowners who don’t mind moving outside of the area, this might seem like a jackpot. With these rates, it’s easy to be tempted by the high profits and cash out now. Yet, not everyone is ready to relocate, and this has resulted in a low amount of new homes coming on the market.

As Seattle grows and we run out of land to sell, how can the city continue to accommodate the newcomers? Although there seems to be no easy answer to this question, the City of Seattle seems to have come to a conclusion on how to alleviate this situation; Mandatory Housing Affordability.

In case you haven’t read our article on Mandatory Housing Affordability, it’s a policy enacted by the Housing Affordability and Livability Agenda (HALA) that creates more housing choices for Seattle’s beloved working-class families, ensuring they’re able to remain in the city.

These zoning changes aim to focus Seattle’s growth into smaller neighborhood hubs dubbed as ‘urban villages.’ These are essentially smaller communities within major neighborhoods with assets including parks, public transit, and jobs.

As these modifications in zoning take place, one inevitable and controversial side effect is the change that happens because of them.

In a recent article, we discuss the pros and cons of upzoning in Seattle’s various neighborhoods. One of the most notable effects of rezoning and redevelopment is the reshaping of communities that have been established for some time.

There are essentially two sides of the story: the urbanists who support the development and the preservationists who don’t.

On one side, the urbanists believe that the inclusion of more affordable housing will mean “teachers, firefighters, and other laborers can remain in Seattle alongside wealthy tech workers.” On the other hand, many preservationists are concerned about the change in neighborhood character, displacement of low-income housing, and the overall greed of developers.

Whichever side you’re on, it looks like MHA is set to be enacted by summer 2018, along with other zoning changes this year.

Seattle is, by all definitions of the word, a wealthy city—one whose wealth is growing every day. It’s home to the richest man in the world, Amazon founder Jeff Bezos, among others. Seattle’s tech boom is also adding more wealth to the city in the form of engineers, developers, and other tech-related jobs.

As our city’s wealth continues to grow, the disparity between the rich and poor also increases. Foreclosures remain a harsh reality for many of Seattle’s residents, who can’t keep up with the ever-rising cost of living in the city.

The contrast of the wealthy and the poor in Seattle has nearly reached levels of black versus white. The evidence is clear when those making six-figures are still struggling to purchase a home. If someone making $120,000 can’t afford a home, then how can a dual-income family on minimum wage do so? 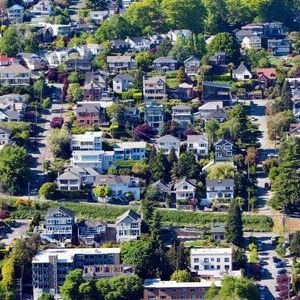 Article Name
What Seattle's Hot Housing Market Means for Homeowners in 2018
Description
Seattle's real estate market is red hot. Whether you already live in Seattle or are looking to buy a home, here are a few ways Seattle homeowners are being impacted by our hot housing market.
Author
Beachworks
Publisher Name
Beachworks LLC
Publisher Logo