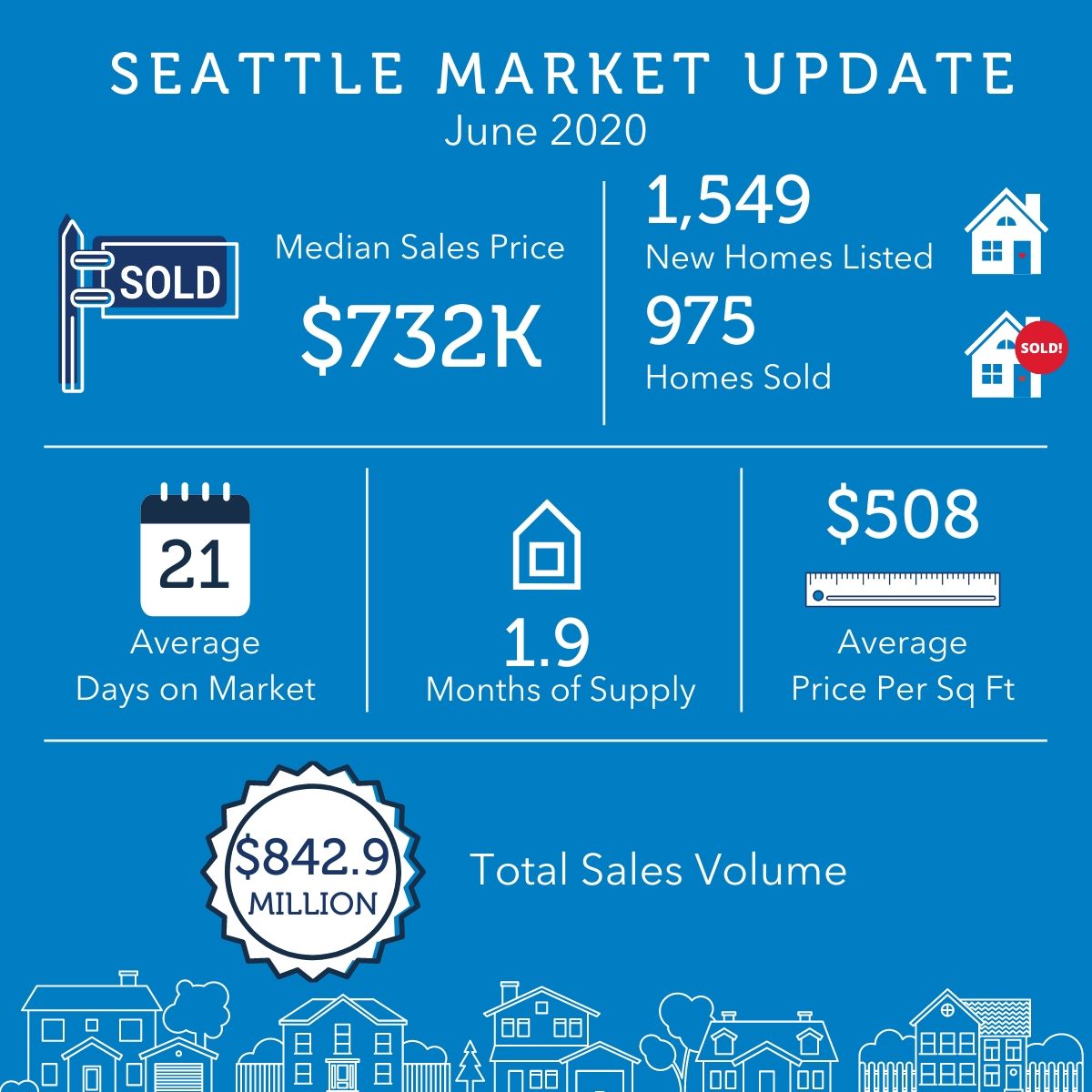 In June, the median Seattle home price shot up to $732,000 from just below $700,000 in May. After more than two months of the stay-at-home order in King County, real estate activity seems to be picking back up. This is good news for a market that has seen restricted supply, with 30-40% less listings than would have typically been seen in the hot spring selling months of April and May. 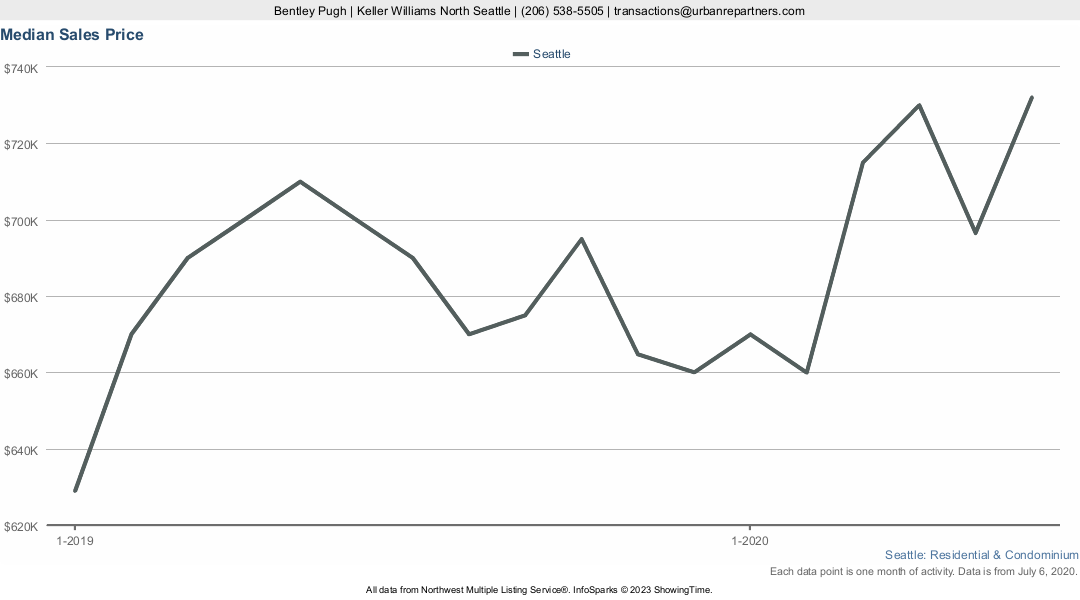 In the month of June, 1,549 new listings came on the market in Seattle, and 1,235 homes went pending. The pending home sales were higher than they have been since May and June of 2017. 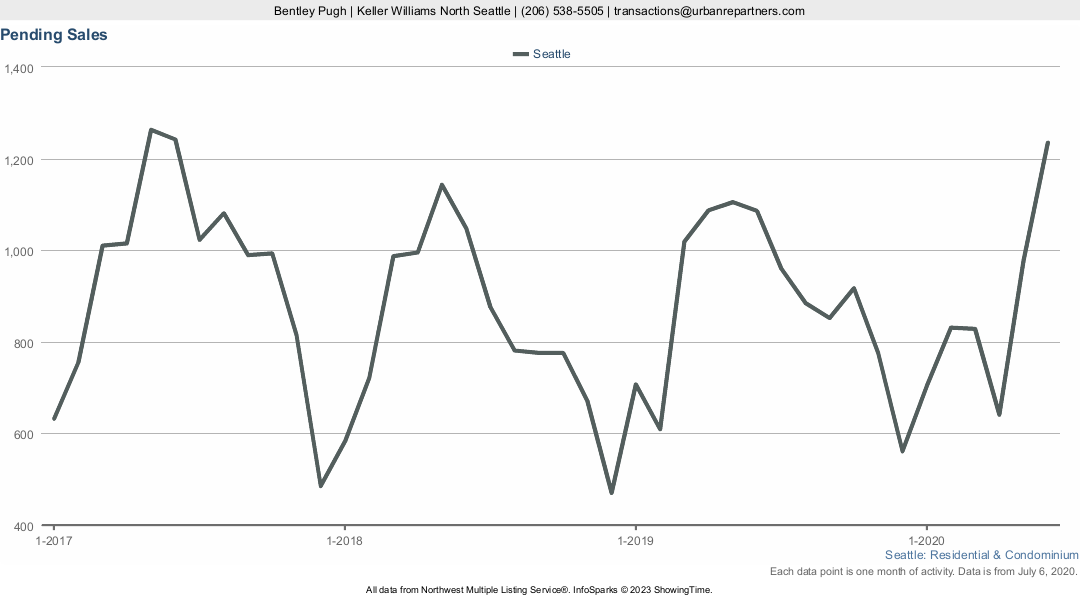 Total dollar volume also shot up to a year’s high, going from $550 million in May to $843 million in June. 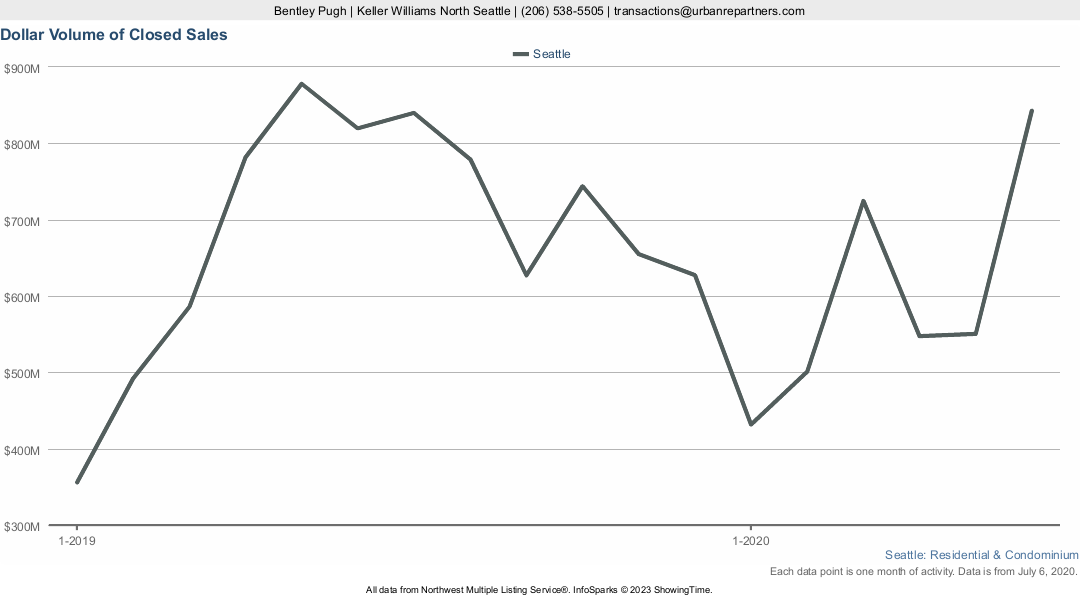 The Seattle housing market still appears to be on stable footing, with home sellers getting multiple offers. Single-family properties are more popular than condos and townhomes, but those are still selling relatively quickly as well. An article published last month from Seattle Times reported that Seattle home prices were “unscathed” by the Coronavirus pandemic. Prices here rose 7.3% in April compared to last year—second only to the Phoenix metro area. This is largely driven by a tech workforce that was able to transition to remote working with relative ease during the shutdown and historically low interest rates. Interest rates dropped to their lowest point at the end of June, hovering around 3.0%.  Experts expect interest rates to stay low throughout the rest of the year. 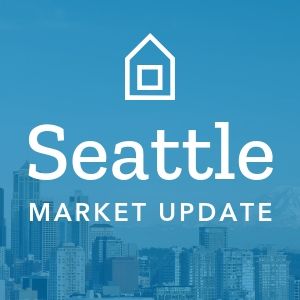 Article Name
Seattle Housing Market Update June 2020
Description
In June, the median Seattle home price shot up to $732,000 from just below $700,000 in May. After more than two months of the stay-at-home order in King County, real estate activity seems to be...
Author
Beachworks
Publisher Name
Beachworks LLC
Publisher Logo