Ask anyone who’s lived in the Puget Sound area for at least the five years, and they will all agree on one thing; Seattle has changed a lot. Drive down any major road, and you’re sure to see several cranes and construction zones.

There’s a reason for all this: people are moving to Seattle in masses. What’s not to love? We have a thriving economy and our unemployment rate is at 3%. We have an abundance of nature and outdoor activities. We enjoy a pretty high standard of living. The problem is we’ve run out of housing and have reached a level of housing inventory that can barely sustain even a month at a time.

Why is housing inventory so low, even when construction is seemingly everywhere you look? Many Seattleites believe it is due to a large amount of single-family zoning in and around the city. However, that may be changing.

This plan is designed to create more housing choices for Seattle’s working-class families and ensure they’re able to remain in the city they love. It works by mandating zoning changes, affordability requirements, and design standards. In other words, it eliminates a portion of single-family zoning and requires developers to dedicate a portion of housing to low-income standards.

Along with zoning changes that occurred with the recent light rail expansion plan, all of this has resulted in a slightly lower amount of single-family zoning in Seattle neighborhoods.

The Implications of Zoning Changes

For many of Seattle’s current and future residents, this is a positive step forward. In a housing climate where inventory is low and housing costs are high, increased density could mean a breath of fresh air for those struggling to find an affordable place to live.

According to a recent article by The Urbanist, eliminating single-family zoning could result in benefits including affordable new construction, more access to schools and parks, and allows for commercial uses that form the identity of walkable communities.

For others, particularly those who have been a Seattle resident for the last 10+ years, this upzoning causes anxiety around losing the neighborhood character they’ve come to know and love. According to a 2015 article in Seattle Weekly titled Anatomy of a NIMBY, the basic idea behind the preservationists opposing development stems from the idea that:

“…market-based housing development […] is synonymous with gentrification, displacement, and the sacrifice of Seattle’s soul for the sake of developer profits.”

However, if we don’t do anything, housing will continue to be a scarce resource sparking bidding wars and price increases. That puts housing increasingly out of reach for the working class.

No matter which way you look at it, Seattle needs drastic changes if we hope to continue to accept newcomers to our city. This issue is often easier to talk about—even get angry about—but we must all work together to find a solution.

Are you located on a rezoned property and ready to get out before changes take hold? Reach out to us—we help Seattle area homeowners sell their homes as-is. 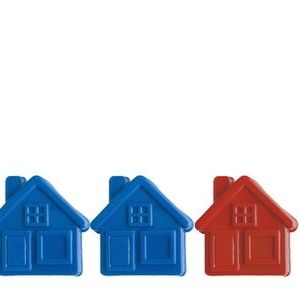 Article Name
Is Seattle's Single-Family Zoning Disappearing?
Description
With all the zoning changes around Seattle, single-family properties aren't disappearing so much as being transformed to higher uses. Take a look at what policies are transforming the city's zoning landscape.
Author
Beachworks
Publisher Name
Beachworks LLC
Publisher Logo